Will Soper   The Writing Site 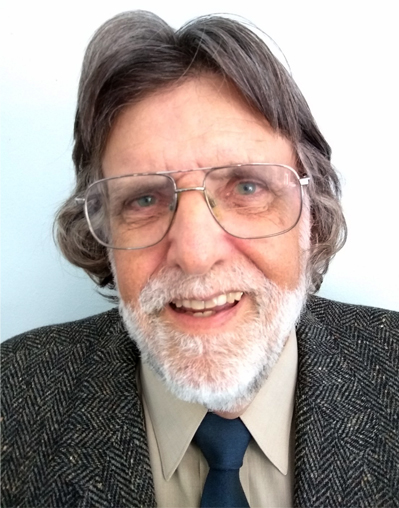 I was a journalist for 20 years in Boston, then moved to Los Angeles in 1985 to try my hand at writing TV and movie scripts, while supporting myself as a typesetter. Just as I was giving up on scriptwriting, typesetting morphed into computer graphics and — in lock-step with the advancing technology — I became a graphic artist. You can see my graphics-work site at: Will Soper.net

Now I’ve embarked on yet another career — that of book author. (Read on.)

What I Have Become.

In 2007 I began researching the 1854 razing of the Central American port of Greytown by the US Navy. This inquiry culminated in May of 2017 with the publication of an article in American Nineteenth Century History, a peer-reviewed British journal. (See link to article abstract below.)

The port was destroyed, the official US history records “to avenge an insult to the US Minister to Nicaragua.” But two weeks after the razing, the New York Tribune captured the essence of the twin commercial intrigues that really doomed the port: “[A US-owned steamboat] company [had] long desired to get rid of the town, which . . . was a hindrance to their supremacy. [Greytown] also stood in the way of a great project for the establishment of a colony . . . which is entertained by several [US] speculators.” In 1916, American historian William Scroggs wrote: “It was to the interest of that [steamboat] corporation that Greytown be wiped off the map, and it had succeeded in inveigling the government into doing this bit of dirty work.”

When an American sued for his losses in the razing he lost the suit. This resulted in a case law, called Durand v. Hollins, cited for at least the last 80 years to justify military interventions undertaken without the congressional approval required by a strict interpretation of the Constitution.

In 2018 the online op-ed site History News Network published my 1,100-word piece summarizing my research and describing how I approached the federal agency responsible for perpetuating the false, insult-avenging narrative of why Greytown was destroyed. (See link below.)

In 2022 I submitted a book proposal to McFarland Publishing and they accepted it. The book, “Greytown is no more!”, will be published sometime in 2023 or early 2024. (See samples of McFarland’s American history books here.)

Where To Find Me?

Here is the link where the article abstract can be read and a copy of the full article purchased from the publisher. Will Soper's Greytown article (hit the orange "Get Access" button) 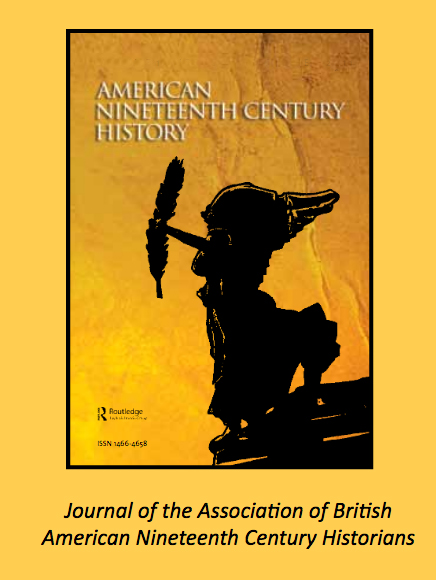 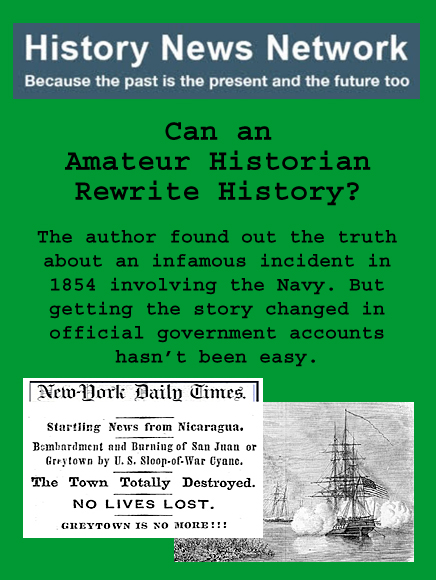 Click on the image below to see a readable and downloadable version, which contains comments about the two works on the left from eight top-tier American historians. 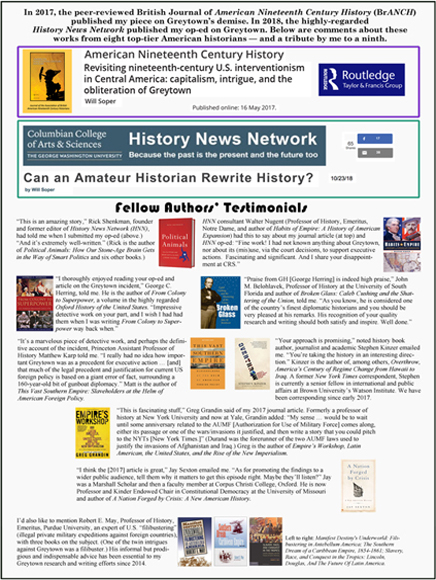